Border, Coastal Exposure, Rock Garden, Specimen
Watering Needs:Once established, needs only occasional watering.
Plant type:Perennial
Deciduous/evergreen:Evergreen
Sunset climate zones:14 - 28
Growth rate:Moderate
Average landscape size:Moderate growing to 3 ft. tall, 4 ft. wide.
Special features:Attracts Hummingbirds, Dramatic Foliage Color, Easy Care, Waterwise, Year-round Interest
Foliage color:Green
Blooms:Nearly all year in mild climates
Flower color:Yellow
Flower attributesShowy Flowers
Garden styleContemporary, Cottage, Mediterranean
Design IdeasThis is a super perennial for dry gardens in the West. Nice enough to fit into traditional perennial borders and cottage gardens. Blends with Western natives and Mediterranean plants on warm hillsides for beauty and erosion control. Plant in mounds and berms, where fast drainage is assured. Equally as lovely in sun-drenched courtyards and walled entry gardens. Excellent for difficult soils and the reflected heat of inland desert gardens and rocky foothill landscapes.
Care
Care Information
Follow a regular watering schedule during the first growing season to establish a deep, extensive root system. Watering can be reduced after establishment. Feed with a general purpose fertilizer before new growth begins in spring.Pruning time: summer after flowering.
History & Lore
History:
This shrubby perennial is native to Southern Europe, the Mediterranean and eastward to China. Its common name, Jerusalem Sage, attests to its presence in the Middle East. It was classified in the Labitae or mint family in the 18th century by the famous Sweedish botanist, Carolus Linnaeus. Later works suggest that in ancient times phlomos was the word for material used to make wicks, and this plant is associated with that application. Both could be correct if the Greek name was based upon this use. This species was also credited to Linnaeus who named it P. fruticosa which is from the Latin for bushy.
Lore:
Bailey says he chose the old Greek vernacular for the plant when naming its genus. The species has since been changed to P. lanata from the Latin lanatus meaning wooly, which describes the soft gray pubescent foliage.
Reviews 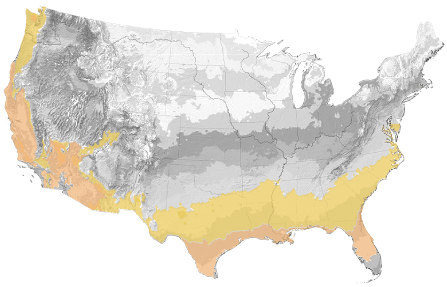