Privacy Screen, Windbreak, Woodland Garden
Watering Needs:Needs regular watering - weekly, or more often in extreme heat.
Botanical Pronunciation:PY-see-a PUN-jenz
Plant type:Conifer, Tree
Deciduous/evergreen:Evergreen
Sunset climate zones:1 - 10, 14 - 17
Growth rate:Fast
Average landscape size:Fast growing to 30 to 50 ft. high, 10 to 20 ft. wide.
Special features:Dramatic Foliage Color, North American Native Selection, Waterwise
Foliage color:Purple
Blooms:Conifer; prized for foliage.
Design IdeasThis is a smaller version of the more majestic Blue Spruce that will fit into a suburban yard or even a larger city setting. Use as a cool blue background for green plants or as a single specimen for Christmas decorating. Beautiful under snowfall. Dense and rugged enough to make a small-scale windbreak for homes. Dense and rugged enough to make a small-scale windbreak or shelterbelt for homes or line a driveway with their bright blue forms.
Companion PlantsBeech (Fagus); Flowering Dogwood (Cornus); Ninebark (Physocarpus); Maiden Grass (Miscanthus); Black-Eyed Susan (Rudbeckia); Salvia (Salvia)
Care
Care Information
Follow a regular watering schedule during the first growing season to establish a deep, extensive root system. May be watered deeply, less frequently, once established. Feed with a general purpose fertilizer before new growth begins in spring.
History & Lore
History:
This is one of the earliest dwarf cultivars introduced in 1912, its parent a stately forest tree is native to the Rocky Mountains from Wyoming to New Mexico. It was improperly classified as Picea Parryana by Charles Sprague Sargent, 1841-1947, the famous horticulturist and first director of the Arnold Arboretum at Harvard University. Its introduction in 1862 is credited by George Engelmann, 1809-1884, a botanist from Missouri who is noted in the references for other forest trees of the American west. This blue subspecies, P. p. 'Glauca' was introduced by Eduard von Regel, 1815-1892, who founded Gartenflora, and well known in Germany and Russia.
Lore:
The genus was named from the Latin for pitch, a sugar rich gum extracted from spruce trees. It was brewed into beer and even used as chewing gum by Native Americans, then settlers and was a valuable commodity in ancient Europe.
Reviews 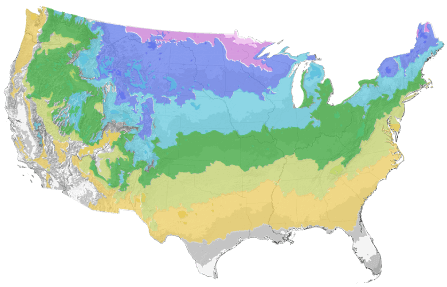