An exceptional new selection offering prolific flowering, surpassing that of the Japanese hybrids! Nodding buds atop tall stems open into pure white flowers with a blue violet reverse. Blooms are held high above deep green foliage. Does not re-seed. Perfect for massing in a woodland setting or spotting into rock gardens. Excellent cut flower. Herbaceous.

Border, Cutting Garden, Mass Planting, Woodland Garden
Watering Needs:Water regularly to maintain evenly moist soil - weekly, or more often.
Botanical Pronunciation:uh-NEM-oh-nee
Plant type:Perennial
Deciduous/evergreen:Herbaceous
Growth rate:Moderate
Average landscape size:Moderate growing; reaches 18 in. tall, spreading to 24 in. wide.
Blooms:Late Spring to Fall
Flower color:White
Flower attributesFlowers for Cutting, Long Bloom Season, Showy Flowers
Garden styleAsian/Zen, Cottage
Patent Act:Asexual reproduction of plants protected by the Plant Patent Act is prohibited during the life of the patent.
Companion PlantsHosta (Hosta); Astilbe (Astilbe); Cranesbill (Geranium); Bleeding Heart (Dicentra); Coral Bells (Heuchera)
Care
Care Information
Thrives in enriched, moist, loose, well-drained soil. Mulch to keep roots cool and preserve moisture, avoiding the crown. Water deeply, regularly during first growing season to establish an extensive root system. For a tidy appearance, remove old foliage before new foliage emerges in early spring. Divide clumps every 2 to 3 years in early spring.
History & Lore
History:
'Wild Swan' was selected from a group of seedlings derived from five or six different parents which included Anemone rupicola as a female parent. The precise parentage is difficult to pin down but involves both early and late flowering types. 'Wild Swan' was chosen as the pick of a small group of seedlings by Elizabeth MacGregor at her nursery in Kirkcudbright, between Dumfries and Stranraer in south west Scotland, where it has been on trial for ten years. This exceptional hybrid offers continuous and prolific flowering from June until frost, well beyond that of the Japanese hybrid cultivars, a very unique trait amongst herbaceous plants.
Lore:
Chosen as 2011 Chelsea Flower Show Plant of the Year Award, Wild Swan™ Hybrid Anemone was praised by Jim Gardener, Director of Horticulture at the Royal Horticultural Society: "The award has been given to a marvelous performing new perennial plant. Not only does it exhibit a long flowering habit but is also an exciting flower. This plant is going to be a great addition to the border with its subtle shades and longevity of flowering. "
Reviews 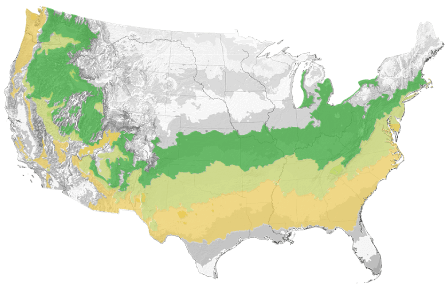