A durable, fuss-free, native with bold burgundy-green foliage, that is a more intense burgundy-black in spring and fall. Clusters of bright yellow, trumpet-shaped blooms accent the rich-colored foliage throughout summer. This tough, compact, upright shrub is a superb addition to woodland settings. Use in mass plantings for a spectacular effect. Deciduous. 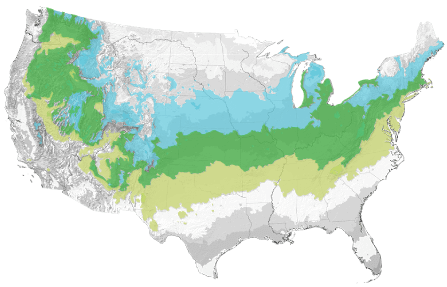