Online Shopping Turned Off... Until PRE-ORDER

Subscribe to be the first to know when PRE-ORDER for 2023 starts. Coming Soon.

Honeysuckle is in bloom: Take a Look at Three We Recommend

Honeysuckle is in bloom: Take a Look at Three We Recommend 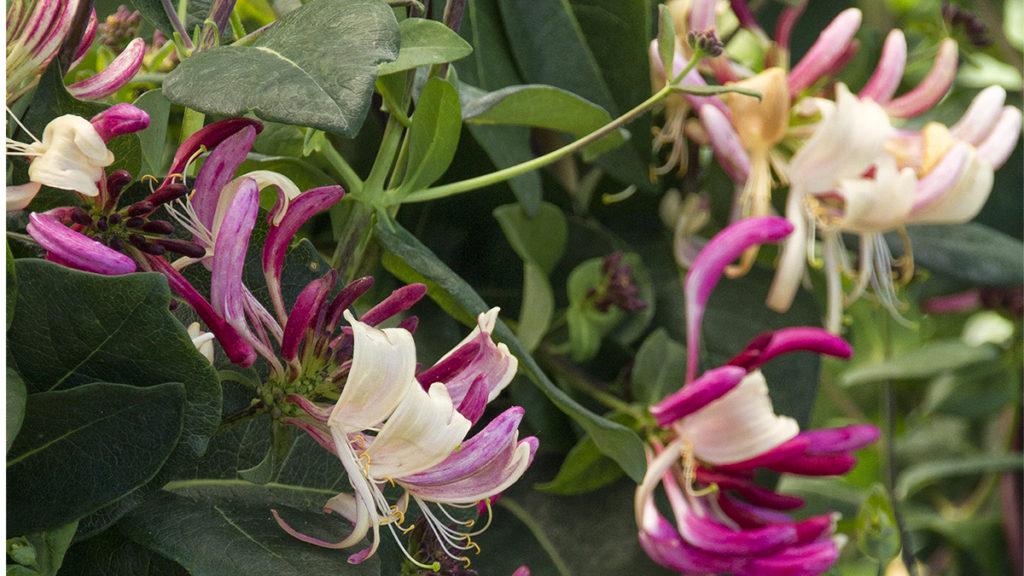 Billowing into bloom from spring through summer (many bloom nearly year round in warmer zones.) As a group, honeysuckles are extremely easy to grow. Vigorous and often capable of covering support structures quickly. These flowering vines are lush with exotic and often very fragrant flowers that are beloved by butterflies and hummingbirds.

While non-invasive in many parts of the country, under ideal circumstances some honeysuckles, especially the Japanese hybrids, can be invasive. But the good news is that there are alternative species and varieties to consider. Especially if you love the look, habit, and useful size and scale of honeysuckle.

When selecting honeysuckles be sure to consult invasive species lists for your area. Plant those that are recommended as non-invasive. Here are three we recommend:

Exciting, new compact variety with vibrant flowers exuding wonderful fragrance. Compact habit allows for simple trellising on arches and fences or cascading over rock walls. Tidy and well-mannered this one will not take over the garden. Stems up to 6 ft. tall. Partial to full sun. Zone: 4 – 9 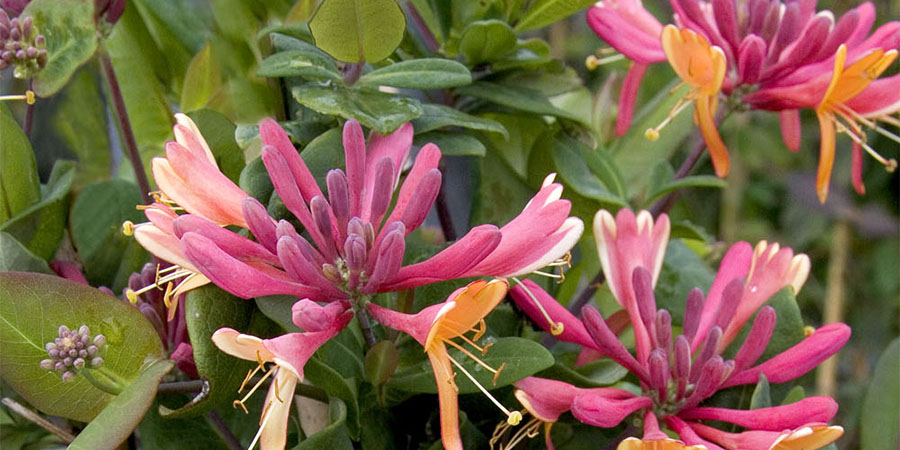 A virtual wall of summer color with fragrant tubular flowers in vibrant pink and yellow blooming amid the vines. An excellent, generally non-invasive choice where other honeysuckles are considered invasive. Twining stems up to 15 ft. long. Partial to full sun. Semi-evergreen in milder climates; deciduous in colder areas. Zone: 4 – 9 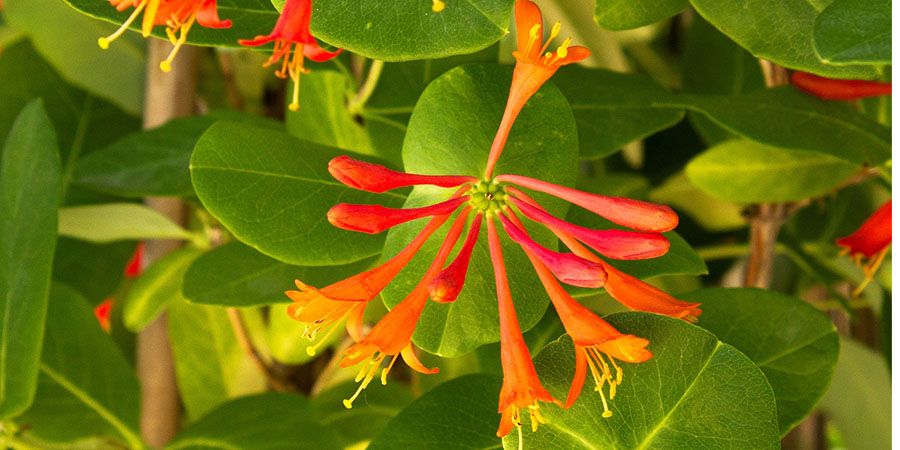 Native to the eastern/southeastern United States. Trumpet honeysuckle is alternative to Japanese honeysuckle in places where that species can be invasive. Clusters of bright red tubular flowers draw a constant buzz from hummingbirds and butterflies. Twining stems up to 20 ft. long. Partial to full sun. Evergreen in milder climates; semi-deciduous in colder areas. Zone: 4 – 9

Previous Post Next Post
2017-07-30 02:55:00
SHOW COMMENTS HIDE COMMENTS
Deb Hall
We purchased a large Peaches and Cream honeysuckle from our local nursery last Spring and it has performed VERY POORLY since day one. It is planted in a large pot, but developed (or came with???) a bad infestation of aphids, a lot of mildew'y/powder'y stuff and the blossoms were weak underdeveloped. It gets a good amount of sun but is protected from the hottest afternoon sun, although we live in the PNW coastal region so unlikely it ever had too much heat. Watering is regular and it has great drainage. VERY disappointed to say the least. Have you had problems like this with this variety? We have gold flames as well and they have done great.
Reply
Kate Karam
I'm very sorry to hear this. I spoke with your nursery in OR and they said that honeysuckle is subject to both mildew and aphids. Mildew can be prevented by growing in full sun and pruning to thin out the top of the plant to let sunlight and air inside (anytime) and thinning out some of the older canes in late winter. Application of Neem oil or horticulture oil labeled for mildew control are also helpful. As for aphids, who could blame them with all that nectar. They're often found feasting on the honeysuckles new growth. A strong blast of water will help manage small populations. Insecticidal soap and horticulture oil will provide short-term relief. Weekly applications will be needed to get larger populations under control. My best guess is that you need more sun and that its a new, young plant that may need more time to get settled in. If none of this helps, I strongly suggest you contact that garden center where you purchased the plant.
Reply
Mary Murdaugh
when will the coral honeysuckle be available online
Reply
Barbara Machann
I would like to purchase a Ghost honeysuckle - could you send me a price and size. O'Tooles suggested that if I ordered from you they would accept delivery (Federal/Littleton) and I could pick it up there.
Reply
elizabeth eggers
I purchased this honeysuckle this spring and it is beautiful. My question is on maintenance. Do I need to cut back this plant for winter? I live in the salt lake city area of Utah. If so how much? Isthere anything else I need to do?
Reply
Emily
Hello, I'm not sure which honeysuckle you have, but most can be pruned back as needed in order to control their size. You can also apply compost or a balanced fertilizer in spring. They are low-maintenance plants, so as long as you have support for them to climb on, they are pretty happy.
Reply