One of the best lilacs for warm winter areas. Produces spectacular clusters of light lavender-blue flowers without winter chilling! A midseason bloomer that typically flowers in mid-May. Bright green foliage maintains its attractive appearance all summer. Plant near a window or pathway where the fragrant blooms can be enjoyed. Deciduous.

Price: $49.99 - $100.00
Note: This plant is currently NOT for sale. This page is preserved for informational use
Share
Share on:
Share Link:
Add to Wishlist
Detail
Key Feature

Border, Cutting Garden, Firescaping/Fire Wise, Hedge, Mass Planting, Privacy Screen, Urban Garden, Windbreak, Woodland Garden
Watering Needs:Water regularly - weekly, or more often in extreme heat.
Botanical Pronunciation:sih-REEN-gah vul-GAIR-iss
Plant type:Shrub
Deciduous/evergreen:Deciduous
Growth habit:Spreading
Growth rate:Fast
Average landscape size:Quickly reaches 10 ft. tall, 6 ft. wide.
Special features:Easy Care, Fast Growing, Low Chill Requirement
Foliage color:Green
Blooms:Spring
Flower color:Blue
Flower attributesFlowers for Cutting, Fragrant, Showy Flowers
Garden styleCottage, Rustic
Design IdeasLilacs are among the most beautiful of all deciduous flowering shrubs. Use as a single specimen early season focal point at some far point of the garden. Closer in plant where the heady fragrance is best enjoyed. In side yards and as hedges dividing houses the windows can be open for the floral scent to waft indoors. Plant next to outdoor living spaces, preferably upwind to keep you perpetually perfumed. Large plants make excellent background for perennial borders. Use to mark a gateway or entry where you pass by the blooms going in and out. A stellar foundation plant for front yard highlights.
Companion PlantsSmoke Tree (Cotinus) Maiden Grass (Miscanthus); Black-Eyed Susan (Rudbeckia); Coneflower (Echinacea); Juniper (Juniperus)
Care
Care Information
Thrives in well-drained, neutral to slightly alkaline soils. Needs good air circulation. Water deeply, regularly in the first growing season to establish an extensive root system. Once established, reduce frequency; increase frequency again before and during spring bloom period. Fertilize in early spring. Prune after flowering.Pruning time: spring.
History & Lore
History:
The common lilac was first described by Pierre Belon, a French naturalist who knew it from the Turks who called it "fox's tail." He published it in his Observationsaround 1553. The first plants to reach Europe arrived in 1562 as gifts to the French Embassy from the court of Suleman the Magnificent. The French ever since were in the forefront of lilac breeding in Europe. It was brought to America with early settlers to the colonies and is one of the only two species to cultivated until the 19th century. Asian species from China changed everything and by 1928 there were over 450 different lilac cultivars, and among these were the parents of this group which are known to enjoy a longer life span in warmer climates. This cultivar was developed by famed horticulturist and nurseryman Mr. Ralph Moore, of Moore Miniature Rose Nursery, Visalia California, and introduced by Monrovia in 1987.
Lore:
Lilac has always been renowned for the fragrance of its flowers, yet it has long been considered bad luck to bring cut lilac blooms indoors. Some attribute this to the old time practice of using lilac flowers to mask the odor of death during funerals with viewing of the body done in the home parlor.
Reviews 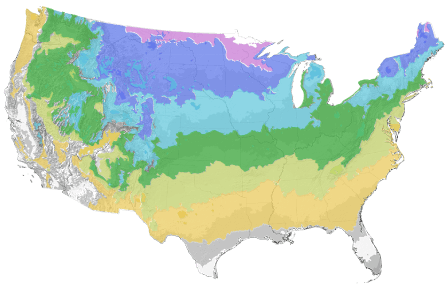