Better Ways to Design with Azaleas in Your Garden

Better Ways to Design with Azaleas in Your Garden

In our continuing series of perfectly lovely plants that get no respect because they perform so well they’ve become ubiquitous. We turn to what is arguably one of the more dissed of shrubs, the azalea. Well, no more. It’s not the fault of the plant after all. Azaleas are spectacular flowering beauties that earn their keep in summer. This is when their lush foliage becomes the ideal backdrop for showier seasonal show-offs–but rather how they’re used.

Here are a few ideas we hope will make you think, “Hmmm, I have just the place!” 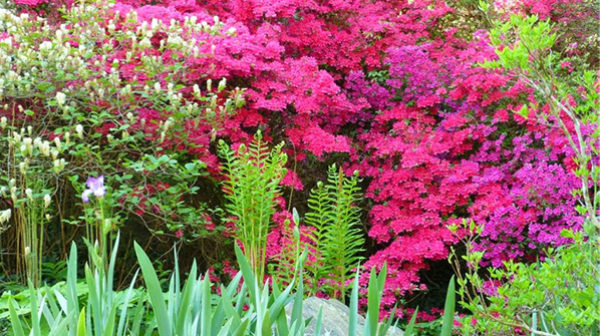 Those acres of rainbow-hued azaleas at Calloway Gardens might not be quite as magical in your back yard. (which likely lacks this dramatic sense of scale.)

You can still have a similarly remarkable garden moment by simply hewing to one colorway. Eschew the temptation of “I’ll have one of each” when faced with a dazzling display at a garden center. (We know, it’s not easy). Whether pretty pinks or shades of shocking orange. Planting in a single hue will result in a display that’s brilliant without being BRILLIANT. 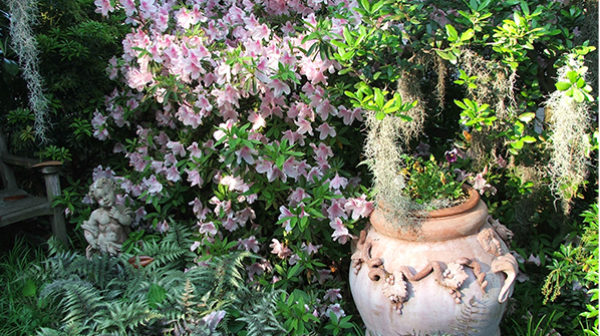 Make them part of the garden, not THE garden

When in bloom azaleas are the equivalent of a 4-alarm fire. Cool if you can give over the space to that one big moment. If not, treat azaleas as you would any other flowering shrub–as one piece of a puzzle.

Plant in drifts sandwiching them between other shade-preferred shrubs with different flowering times (such as pieris, camellias, daphnes). Add a layer or two of perennials such as the Japanese painted ferns shown here. This can help to break up the woody-impact of shrubbery. 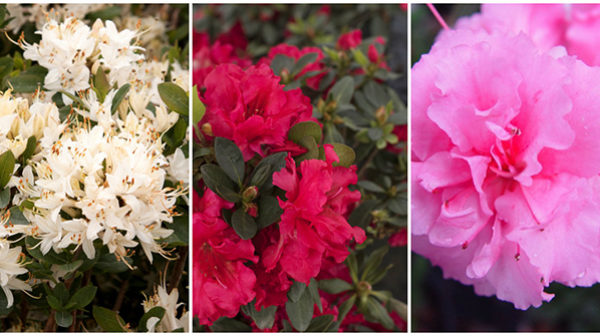 One of the big beefs about azaleas is how fleeting is the show. The solution is using varieties that bloom at different times.

While the majority bloom in mid-spring, early varieties including Fragrant Star Azalea come on in December. Others including Lee’s Dark Purple Rhododendron bloom in early summer. Still others, such as the Bloom-A-Thon series flower in spring, summer, and fall.

Use some of each for a sequence of color that ribbons through the seasons. 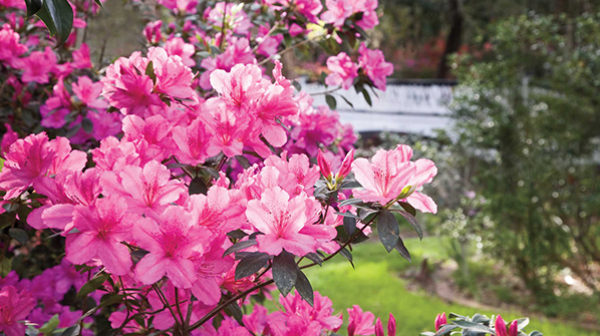 If you live in a warmer zone, consider combining evergreen types with those that lose their leaves.

Evergreen varieties are typically dense shrubs that looks great even when not in flower. Therefore, they help take away of the focus from the bare stems of deciduous varieties. They add fragrance, extend the color palette, and provide plenty of winter and summer interest. They also loosen the look and provide contrast.

Layer them in groups of three or more near deciduous types. Or, just groups of each type in different parts of the garden.

Great Tip: If you’re adding azaleas to foundations plantings avoid excessive pruning. Do so by buying an appropriate azalea selection for the space. Ideally, shrubs should fall 6 inches beneath the sill of a window at their tallest.

Previous Post  Next Post
2017-10-03 01:58:00
SHOW COMMENTS HIDE COMMENTS
R. K. C
Maybe most of what YOU refer to as Azaleas are deciduous....but here in Georgia, most of our azaleas are evergreen, with Southern Indica Azaleas being the main show, with hints of native deciduous azaleas.
Reply
Susan
Which type of Azalea grows best in South Florida (St. Lucie County, 15 miles west of the ocean)? Thank you.
Reply
John Weinman
Are Azaleas deer resistant?
Reply