Ask a Craftsman: Lydia on Adding Lilacs to Your Garden

Ask a Craftsman: Lydia on Adding Lilacs to Your Garden 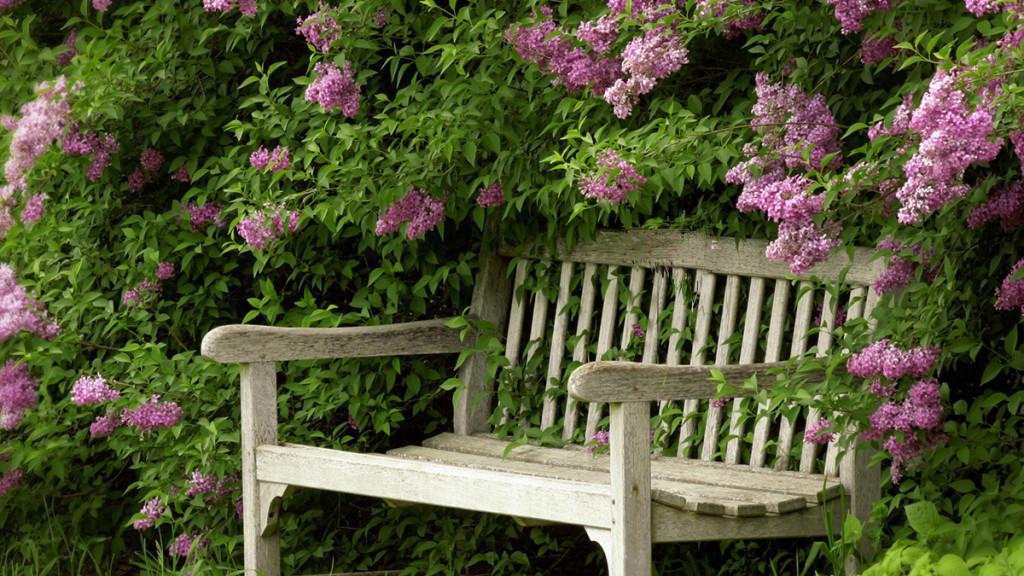 Lilacs are to the garden what Madeleines were to Proust.

One whiff of the fragrance wafting from the flowers. It's likely you're back to the first time you smelled this heady perfume. It's an aroma that starts off sweet in the morning. Then intensifies to something richer and more seductive as the day grows warmer.

It may seem counter-intuitive to plant a large shrub that only flowers for a few weeks in late spring. However, when you're talking about lilacs, it's maybe not so crazy.

There's seven colors (depending on the variety: white, violet, blue, lavender, pink, magenta, and purple, with many shades of each). Plus, different sizes ranging from dwarf to hedgerow height, there's a lovely lilac for nearly every garden. 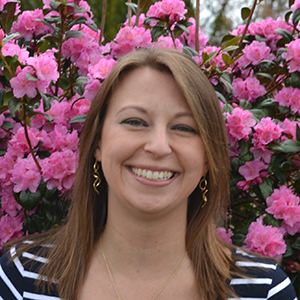 Here's advice on how to grow and use these stunners in the landscape. From our Monrovia Craftsman (and self-proclaimed lilac-maniac) Lydia Gompper.

According to Lydia, with some planning and attention to bloom time, you can plant early-, mid-, and late-season varieties. These will blossom in succession (particularly if the weather is cool), yielding flowers for at least two months each spring.

(See her recommendations for  mix-and-match varieties to extend the flowering season. Plus some lilacs with lower chill requirements, typically to zone 8.)

Our 4 Favorite Ways to Use Lilacs in the Landscape

Add them to a mixed border

Even without the flowers, lilacs would be worth planting as they’re hardy and easy to grow. After blooming, lilacs fade into the background. This provides a dense backdrop of heart-shaped leaves against which later blooming shrubs. For instance, hydrangeas and roses, and taller perennials are strikingly silhouetted.

Have a stunning, dense hedge

Varieties range in size at maturity from 4-foot-tall bushy types to 20-foot-tall common lilacs to 30-foot trees. Taller varieties such as Common lilac (Syringa vulgaris) are sensational massed as a hedge. Plant them 10-feet apart on center; they’ll fill out in about five years. 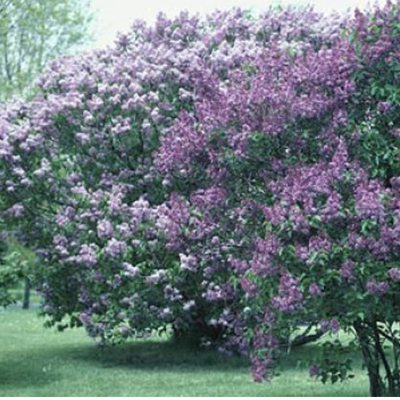 Give a single shrub a place of honor

It’s common in colder zones to find huge stands of old, mature common lilacs (Syringa vulgaris) pretty much growing wild. Few gardens today could devote so much space to just lilacs, but even a solitary one is something pretty special. Use as a striking accent shrub in the lawn or against the house’s foundation. 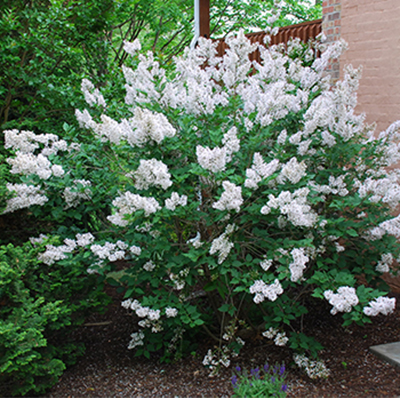 Sneak a compact version into a smaller space

You will most often see taller varieties of lilacs. Although there are some such as the Bloomerang series and Dwarf Korean Lilac that have a more restrained habit. These are ideal for tighter spaces. Such as near front doors, the no-man's land between the garage and the house, or just a smaller backyard. 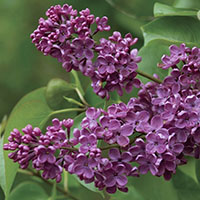 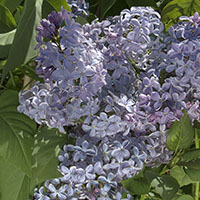 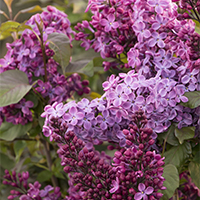 A.: Most lilacs need a long period of winter chill for buds to mature and bloom the following spring. The good news is that several cultivars have been bred for warmer zones. (By which we generally mean up to zone 8). See here for more.

Q.: I planted a lilac and it isn’t flowering (much or at all)?

A.:  A little patience yields big rewards. Young lilacs can take up to 3 years to reach maturity and bear flowers.

A.:  While most let our lilacs grow into dense shrubs, a lilac tree is a lovely addition to small yards. Taller Syringa vulgaris cultivars such as ‘Sensation’ and ‘President Lincoln’ would be perfect for this. Start with a young shrub. (About 3 years old, which is typical of what you'll see sold at nurseries in a five-gallon container.) Then remove the lower branches and let one stem develop. It might take 10 years before you have a fully-grown specimen tree, but it’ll be a wow.

Previous Post  Next Post
2017-02-25 03:54:00
SHOW COMMENTS HIDE COMMENTS
tom wilson
is a dwarf Korean lilac the same as a dwarf Josee lilac
Reply
Lourdes Encarnacion
615 Mathis Meadow sa Antonio TX 78251.
Reply
Lourdes Encarnacion
WHERE I CAN BUY A LILAC ?
Reply
lynmikem
I just moved and had a Pocahontas Canadian Lilac at my previous residence. I WANT ANOTHER ONE, but your website says "Sorry, this plant is not available in your state." It was as fragrant as the ones I remember as a child. Is there another one available for my state that is equally fragrant and purple?
Reply
Gary
I live in Southern California within 3 miles of Huntington Beach Pacific Ocean. I have my eye on the Boomerang Lilac but am afraid it won't have enough chill in the winter for it to bloom correctly. Would I be wasting my time and money because I am looking for the Lilac fragrance. Do you have a recommendation.
Reply
Frank T
Good day:) I have planted a number of Miss KIM Lilacs around my property. Some in full sun seem to curl up and brown in summer here in KY Zone 6A. Most produce no flowers. Some are in places that have some shade and some sun but may not be getting enough sun( which I don't know for sure) I also may not be giving them enough fertilizer( I prefer plants that need little to grow well) But since these are nursery grown and pampered perhaps need more care , and fertilizer) How much 10-10-10 should I apply for each feeding per tree? Appreciate your advice
Reply
Lacy Davis
I have some they like shade and water in the afternoons.
Reply
Lacy Davis
Im looking for the Monrovia lavender rose. It has to be lavender purple Lowes had it but there product has been looking very poor lately. They havent been watering there roses. So Im not buying them when there died.
Reply
Lorraine Stevens
Will "Beauty of Moscow" grow in zone 6 Massachusetts? If so, does it require anything particular?
Reply
Sheila
At our church someone planted Korean lilacs in a row. Then pruned them like a hedge with electric hedge clippers. Now to tall and the inside is bare. Leaves only on edge of branches. What should I do. The lilacs been there a long time. When I took over the garden.
Reply
Emily
Hello, try leaving them be for now. Hopefully, they will fill out nicely again next spring.
Reply