12 Things Peony-Lovers Should Know about this Fragrant Flower

12 Things Peony-Lovers Should Know about this Fragrant Flower 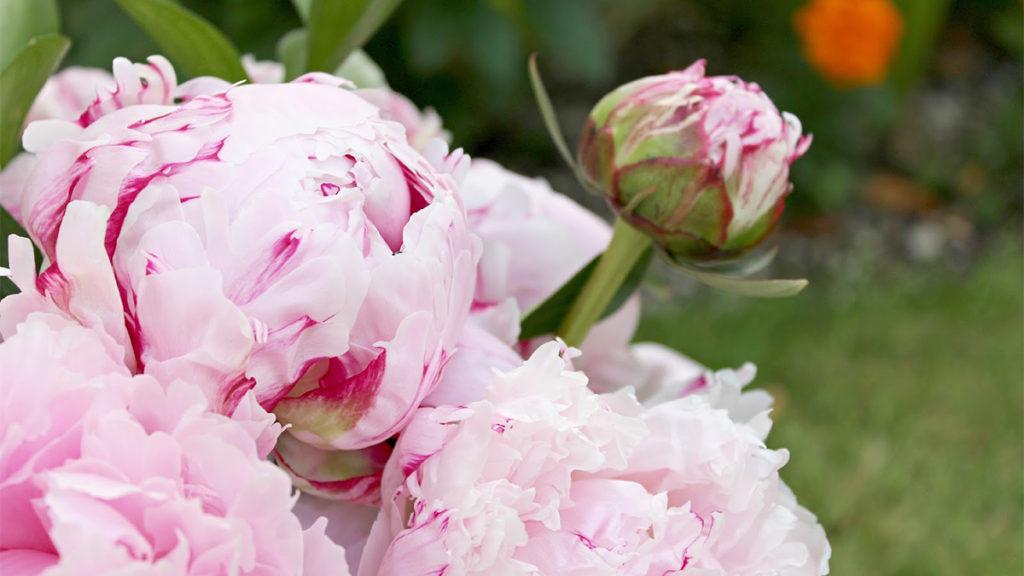 Beautiful, fragrant, old-fashioned peonies will be in bloom over the next few months. Did you know peonies are the national flower of China, state flower of Indiana, and the 12th wedding anniversary flower? Here are 12 fascinating facts about these spectacular flowers. (See our entire collection.) 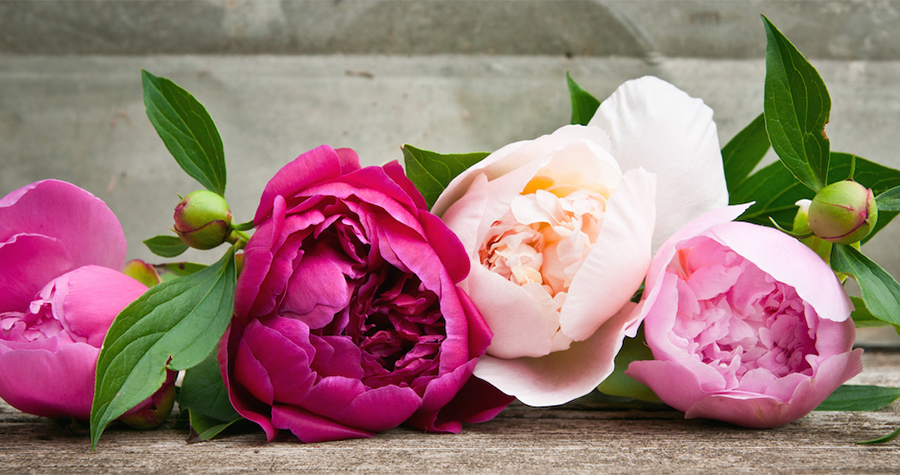 Don’t they look all delicate with their frilly petals? They’re actually surprisingly hardy. Some, including ‘Duchesse De Nemours‘ and ‘General MacMahon‘, thrive in zone 3.

2. They will probably outlive you 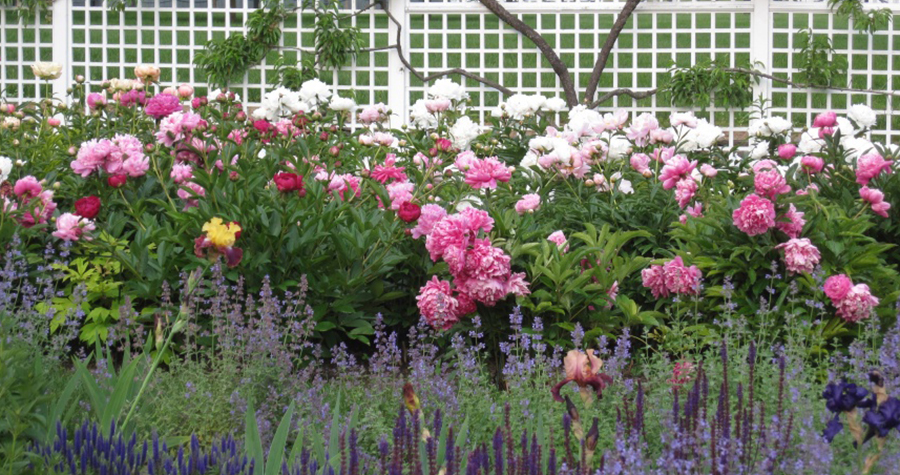 Kept in optimal conditions, a peony plant can live to be over 100 years old and still produce flowers. In the case of Itoh peonies (cross between tree and herbaceous types) which can pump out as many as 100 blooms in a single season, one plant could give up 10,000 blooms in its lifetime. 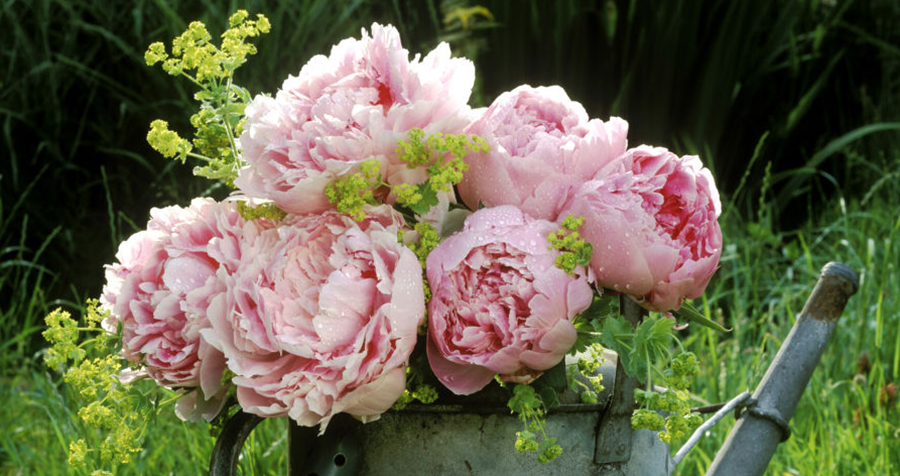 Peonies have been featured in more than 982,000 Instagram posts and tagged more than 4 million times! At least 7,000 new pictures of peonies were uploaded to Pinterest each month in 2016. (This picture has been pinned more than 8K times.)

4. Pollinators make a beeline for them 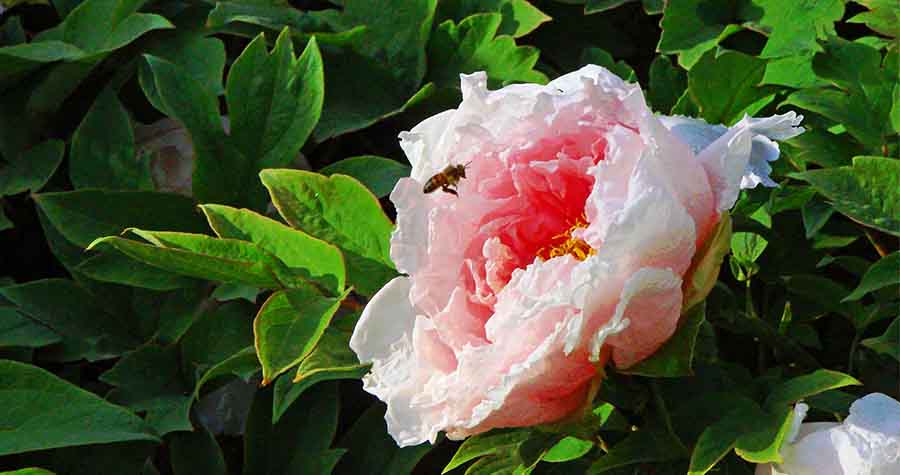 Legendary, sweet fragrance (classified as rose, lemon, honey, or musk) attracts bees, wasps, and flies, main pollinators of these plants. (As if you needed another reason to plant them!)

5. They're some of the largest garden flowers in nature 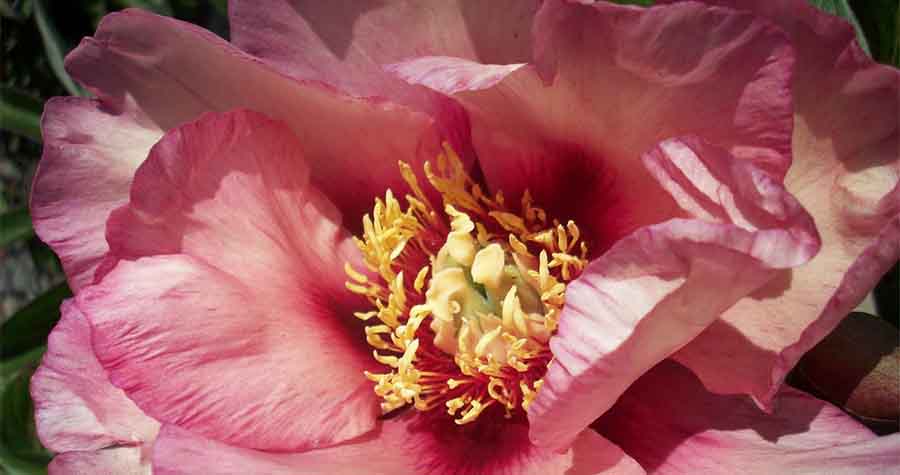 Flowers can reach up to 10 inches in diameter. Not big enough for you? Do as the peony fanatics do. For even larger blooms, disbud the plant, allowing only the bud at the tip of the main stem to develop. This forces the plant to put all of its energy into making one HUGE flower instead of several smaller ones. 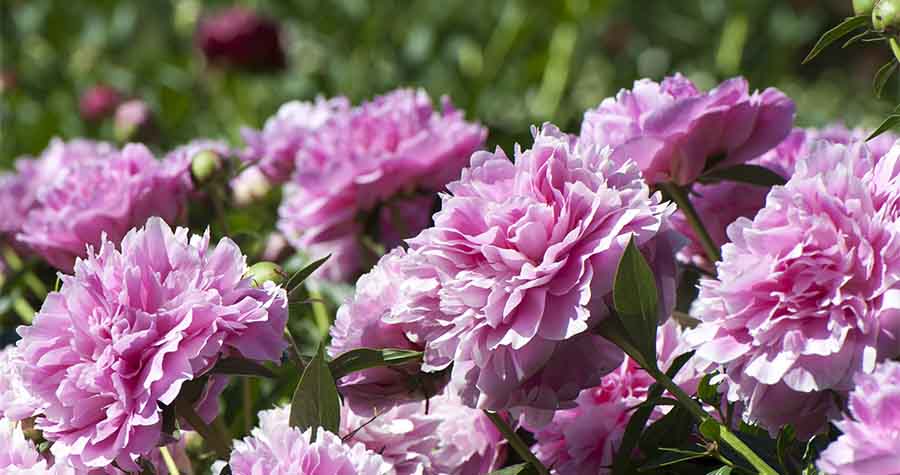 Pliny the Elder wrote in the 1st century BC that peonies should only be dug up at night. If you dug them up in the day, a woodpecker would come and peck out your eyes. We’re pretty sure that’s not true, but moving peonies does require a bit of care. The key thing when moving peonies is not to replant them deeply. Position the tuberous roots just two inches below the soil. Any deeper and they might not flower.

Now, about those ants.  While they are a fact of life when growing peonies, know that ants don’t help or hurt your peonies when blooming. More about this here.

7. They have a vase life of about five days 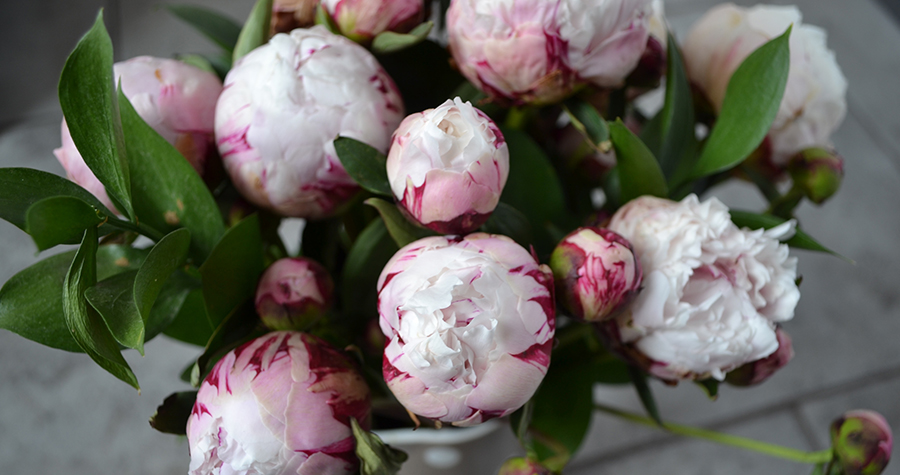 Steer clear from ones that are too closed, instead opting for those that are just about to start cracking. They will open in a day or two. 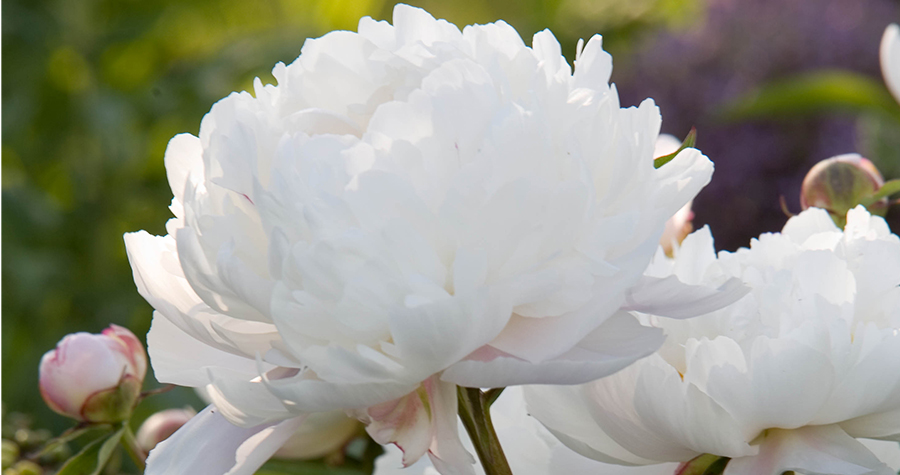 …most white peonies bloom early in the season (at least the herbaceous ones). In some places, you’ll see peonies blooming into July (lucky gardeners!) 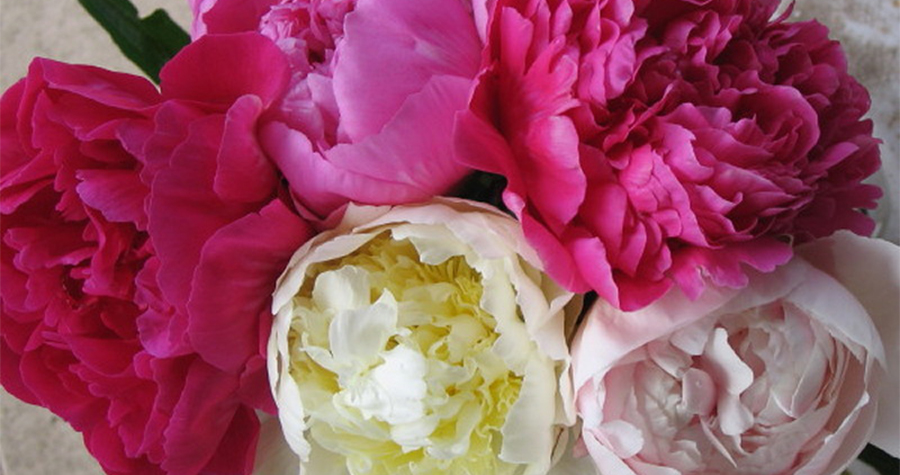 …not a single one in the color blue. 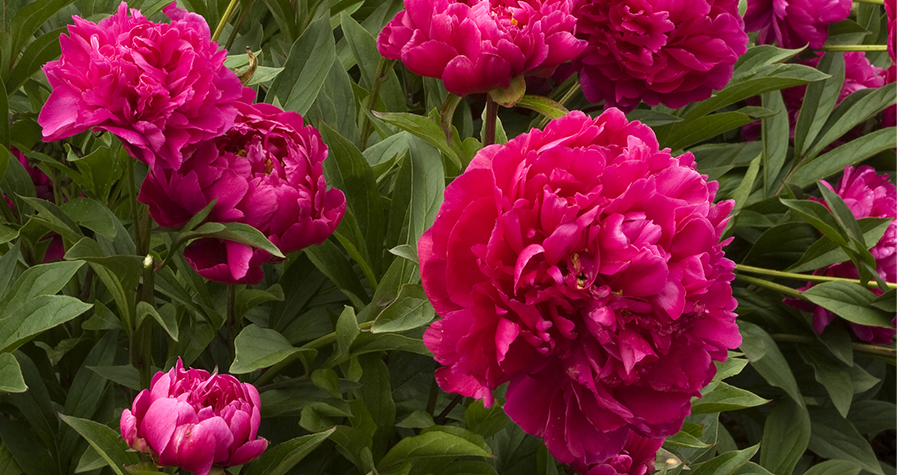 We’re good with it either way, but here’s the definitive answer.

11. Their petals are edible 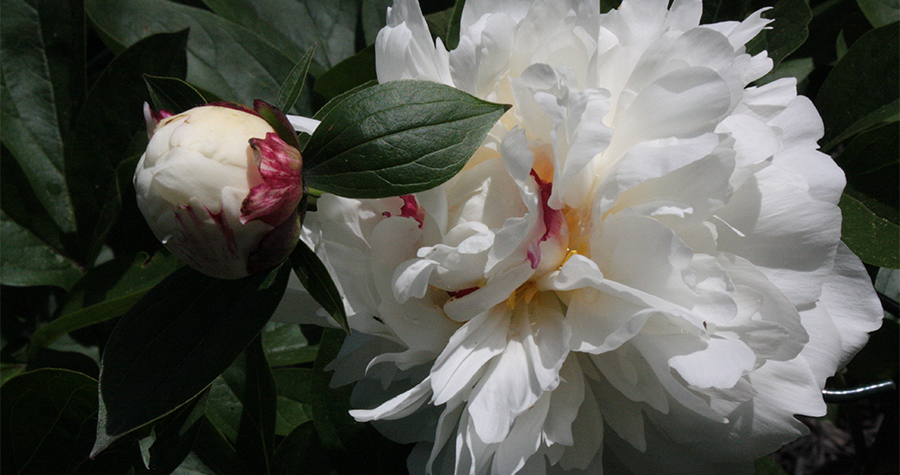 In China the fallen petals are parboiled and sweetened as a tea-time delicacy. Add a handful of peony petals to your summer salad, or try floating in punches and lemonades. Or candy them to top a cupcake.

12. They have a storied history 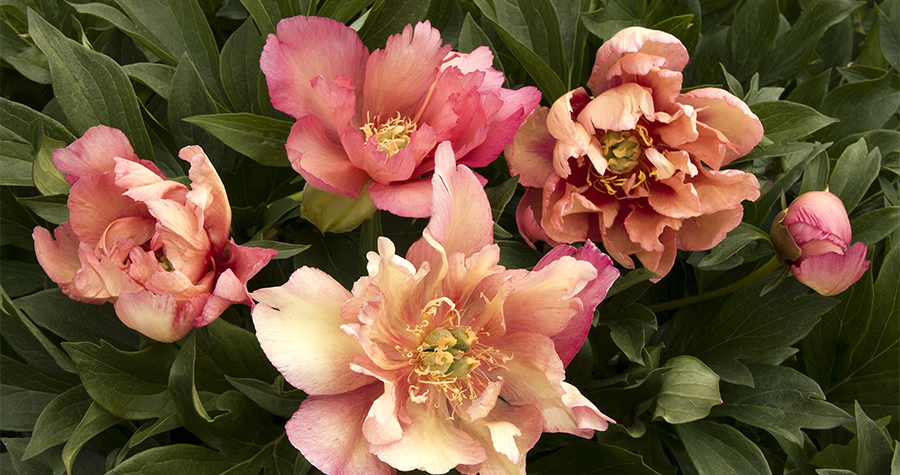 They were grown in China as early as 1000 BC, arrived in Japan in the 8th century, brought by Colonists to North America in the 16th century, and many of the hybrids we love today were bred in France in the 19th century. In the 20th century, breeders created Itoh peonies. Whew. That’s one long and winding road from there to your garden.