Price: $19.00
Note: This plant is currently NOT for sale. This page is preserved for informational use
Share
Share on:
Share Link:
Add to Wishlist
Detail
Key Feature

Border, Cutting Garden, Erosion Control, Hillside, Mass Planting, Rock Garden, Specimen, Wildlife Garden, Woodland Garden
Watering Needs:Water regularly - weekly, or more often in extreme heat.
Botanical Pronunciation:sim-for-ee-KAR-poss
Plant type:Shrub
Deciduous/evergreen:Deciduous
Growth rate:Moderate
Average landscape size:Moderate growing; reaches 4 ft. tall and wide.
Special features:Bird Friendly, Easy Care, North American Native Selection, Ornamental Berries, Year-round Interest
Foliage color:Green
Blooms:Summer
Flower color:Pink
Garden styleCottage
Patent Act:Asexual reproduction of plants protected by the Plant Patent Act is prohibited during the life of the patent.
Design IdeasNative snowberries are essential to North American wild landscapes because they naturalize so well. A superbly beautiful addition to wildlife habitat gardens as a late season food source for many species. Improved color and form has boosted them into high status in traditional shrub borders for late season interest. Planted as a low informal hedge or arrange in irregular groupings. A fresh new candidate for foundation planting. Add to any garden for a ready supply of colorful cut berry sprays for autumn decorating.
Companion PlantsPotentilla (Potentilla); Viburnum (Viburnum); Magnolia (Magnolia); Beautyberry (Callicarpa); Deutzia (Deutzia)
Care
Care Information
Grows easily in a wide range of soil types. Water deeply, regularly during the first growing season to establish an extensive root system; once established, reduce frequency. Feed with a general purpose fertilizer before new spring growth. Naturally forms a thicket; root suckers may be pruned to maintain size.Pruning time: early spring.
History & Lore
History:
Symphoricarpos are native to North America and were first improved by the breeding work of G.A. Doorenbos in the 1940's. The native habitat runs from Nova Scotia to Alberta, south to Minnesota and Virginia and in the western North America from Southwestern Alaska to Southern California. Snowberry is a member of the Honeysuckle family and got its name from the inside of the fruit which looks like snow when broken open. Scarlet Pearl came to Monrovia from a breeding program in the Netherlands where it is prized in the cut flower industry. Virtually all Native American tribes within its range used this plant as a medicinal for treating a wide variety of illnesses from upset stomach to eye inflammation. It is warned that ingestion of the berries could cause mild illness and is not advised.
Reviews 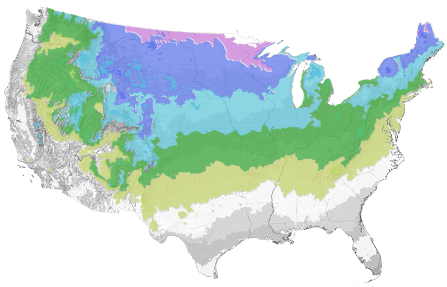