A dome of tiny florets with a collar form unusual deep reddish purple flowers on black stems. Basal, divided foliage spreads by underground runners to form a dense clump. Ideal in the perennial border, along streams or naturalized under trees. An herbaceous perennial.

Price: $21.95
Note: This plant is currently NOT for sale. This page is preserved for informational use
Share
Share on:
Share Link:
Add to Wishlist
Detail
Key Feature

Border, Ground Cover, Mass Planting, Rock Garden, Very Wet Areas, Woodland Garden
Watering Needs:Water regularly to maintain wet or evenly moist soil - weekly or more.
Botanical Pronunciation:as-TRAN-tee-uh MAY-jor
Plant type:Perennial
Deciduous/evergreen:Herbaceous
Growth rate:Fast
Average landscape size:Low, mounding foliage spreads to 24 in. with flower stems to 28 in. tall.
Special features:Fast Growing
Foliage color:Green
Blooms:Early to Late Summer
Flower color:Purple
Flower attributesFlowers for Cutting, Showy Flowers
Garden styleCottage
Patent Act:Asexual reproduction of plants protected by the Plant Patent Act is prohibited during the life of the patent.
Design IdeasThe old fashioned casual looks of masterwort is exceptional in cottage and country gardens where it first got its start. An exceptional choice for partially shaded beds where it can spread and sprawl. Exploit its preferences for damp spots in and around tree groves. Blends very naturally into large stands of grasses in wild gardens. Long preferred for stream banks and rock strewn water features. This new cultivar was bred to produce in cutting gardens were its blooms resemble strawflowers.
Companion PlantsSedge (Carex); Cranesbill (Geranium); Foam Flower (Tiarella); Columbine (Aquilegia); Red Valerian (Centranthus)
Care
Care Information
Prefers moist, well-drained, organically rich soil. Follow a regular watering schedule during the first growing season to establish a deep, extensive root system. For a neat appearance, remove old foliage before new leaves emerge. Divide clumps every 2 to 3 years in early spring.
History & Lore
History:
Astrantia falls into the Umbelliferae or parsley family with many famous herbs such as fennel and Queen Anne's lace that share flowers born on specific open structures known as umbels. The genus was named for the star like appearance of the white flowers. Only one species is cultivated to any extent, a native perennial wildflower of Europe. It is most specifically found in Switzerland and Austria at edges of woodlands and in alpine meadows. It reached England in 1597 and soon became a common cottage garden flower known as Hattie's pin-cushion or Melancholy Gentleman. This is a new richer colored cultivar developed for the cut flower industry.
Lore:
Masterwort is a medicinal plant dating back to the middle ages when it was recommended for "the bite of a rabid dog". Though not a contemporary remedy, it's camphor-like oil led to its suggested uses for a half dozen different ailments.
Reviews 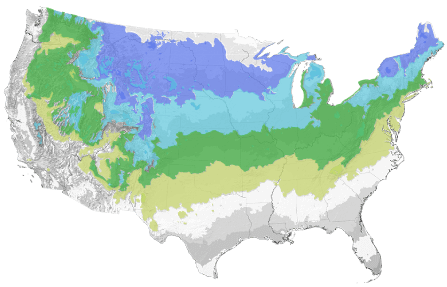